Aaron is a 4th year B.A. Psychology Honors Undergraduate at the University of British Columbia passionate about unlocking professional development opportunities for students at an undergraduate level. He currently works as a project manager with Dr. Elizabeth Dunn at the Happy Lab running separate projects exploring the way phone use and feedback influence happiness and social interactions; and with Dr. Jiaying Zhao at the Behavioral Sustainability Lab investigating the influence of financial scarcity on prosociality. Aaron has held positions as the President of World Vision UBC, Managing Editor for the UBC Undergraduate Journal of Psychology, and the VP Sponsorship at UBC Partners in Health Canada. He is interested in the intersection between positive psychology, applied intervention-based research as well as decision-making and choice in an industrial-organizational or urban planning setting. Upon graduation, Aaron intends to pursue graduate studies in Business with a specialization in Behavioral Sciences in hopes of being able to make people happy for a living.

Brandon is a 4th-year Honours Psychology student at the University of British Columbia. He is currently carrying out research on avoidance behaviours in humans for his honours thesis with Dr. Rebecca Todd in the Motivated Cognition Lab; conducting directed studies research on the computational modelling of steroid regulation with Dr. Kiran Soma in the Soma Lab; and developing a real-time behavioural analysis system and brain region segmentation system for mice with Dr. Tim Murphy in the Murphy Lab in the Department of Psychiatry. Brandon also works as a TA with Dr. David King, is a co-founder and vice-president of the AMS Turing Club @ UBC, and is an executive with UBC’s Model UN Student Association. He is interested in exploring the neural networks and signals – as well as behavioural phenotypes – that underpin decision making, especially avoidance behaviours and risk-benefit analyses. Upon graduation, Brandon intends to pursue cognitive psychology and computational neuroscience in graduate school.

Amanda is a 4th year BSc student double majoring in Behavioural Neuroscience and Biology at the University of British Columbia. Her studies have led to an interest in research relating to the impacts of psychopathology on brain function from a physiological standpoint. Amanda is also currently the VP Internal of the UBC Neuroscience Club, and works with an educational outreach charity. Upon graduation, Amanda intends to pursue graduate studies in clinical psychology.

Ningxin is a 3rd year BA psychology student at the University of British Columbia. She is currently working in Dr. Heine’s Culture and Self Lab, while having a strong interest and involvement in NGOs that promote health and education. Ningxin is interested in many fields of psychology, particularly in cultural, health, developmental and clinical psychology. She plans to pursue a career related to real world application of psychological knowledge before getting into graduate studies. 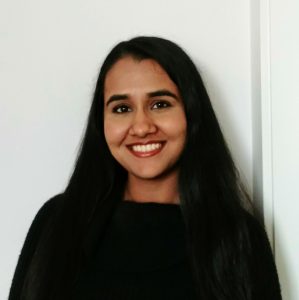 Manreet is a 3rd year Behavioural Neuroscience student at the University of British Columbia. She is a research assistant for the Centre for Mindfulness at BC Children’s Hospital, works at a daycare with toddlers, and is an on-campus mental health ambassador with the UBC Mental Health Network. In the future, Manreet intends to pursue a career as a clinician-scientist, practicing psychiatry with the early developmental population and researching the effects of prenatal environmental factors on a child’s development.

Lily is a Lecturer in the Department of Psychology, where she teaches undergraduate courses including Introduction to Psychology (PSYC 102), Infancy (PSYC 302), Childhood and Adolescence (PSYC 315), and Applied Developmental Psychology (PSYC 319). She conducted her PhD research in Developmental Psychology at UBC, studying infants’ neurological and social perception of speech and language. Lily first joined Psi Chi while obtaining her B.A. from Pomona College in California.